The Coast Road series, written over several decades, chronicles as it happens, the changing California coast from a more innocent time when hippies arranged themselves like flowers on street corners in Laguna to the years when the small beach towns, sun- bleached, salt encrusted, abandoned in winter, were discovered and the rich and famous arrived bringing with them a new set of values and a new kind of crime.

1970s Labor Day.  The birds come back to the beach.  The summer people have closed up their beach shacks and gone back to their homes in Pasadena and Bel Air.  Balboa, a ghost town, basks in the sun.  Those who remain, fisherman and artist, the town doctor and storekeeper, independent, hardy characters have the long stretches of beach and bay to themselves.

Laguna is very black at night.  All the streets run down to the sea.  They are empty at two in the morning and cold.  I walked the two blocks down to the highway, then up past the hotel and the art galleries to Thalia.  The street ends about fifty feet above the beach and the steps go down to the rocks.  At high tide the waves break on the last few steps but tonight there was enough sand at the bottom for about four policemen, a rescue crew, two night people who happened by and a long black body in a wetsuit.

Early 1980s . The flower children are gone.  Beach towns, abandoned in winter are beginning to fill.  Already there is the feeling of change coming. 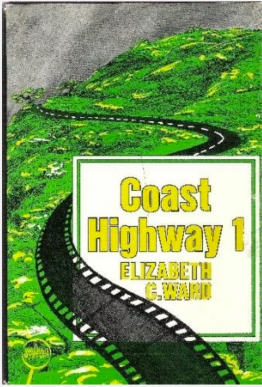 I saw her for the first time, her face reflected over mine in the window of Verducci’s bookstore, while I browsed over the display case in which the faded covers of Mailer’s Marilyn lay gathering dust.  The girl moved beside me and ran her fingers across the glass a though to touch the poor faded face that leaded with us to be taken home and loved.  “Poor Marilyn.”

I cleared my throat but she moved quickly away up the street and around the corner.

***The girl lay diagonally across the patio like a splash of paint from an artist’s brush.  The scarlet coat was bunched around her, one arm flung over her head towards the door as though reaching for it.  The dark hair fell over her face gathering tiny pearl beads from the mist falling over the canyon.  The blood, pooled beneath her, began to wash away into the bricks.  Bougainvillea drooped over the wall.  Fog collected in the crimson petals, fell into the courtyard and the roof tiles.  I took off my sweater and covered the girl and then called the cops.

1980s  The exodus of the affluent is in full flow from inland city to the towns along the beach.  Small cottages are bulldozed.  Inland groves of orange trees give way to housing tracts.  The great wealth – and the crime – now lay in the land itself. 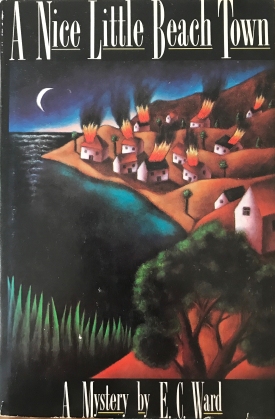 I heard old Sven go out about midnight.  I was already asleep.  Heard the garage door creaking and groaning as the old wood protested at being pulled back.  Felt the vibrations as he untied the pulley and let the boat down onto the gurney.  Lifted the oaks off their hooks and placed them in the boat.  Pulled the whole thing across the cement floor into the alley to the corner, then turned left toward the bay for the solitary journey up to the estuary.

I should have gone with him.  Listened to him talk until my ears were raw.  Taken the oars for him at the head of the bay where it crossed under the bridge and flowed silently up onto the marshes.  Sat with him in darkness listening to the sounds of the wildlife around us, heard whatever secrets he needed to tell me.  Or barring that, gone down to help the old man load the skiff onto the gurney, shut the garage door after him, given him a hug and told him I loved him.  But I didn’t.  I never got another chance.